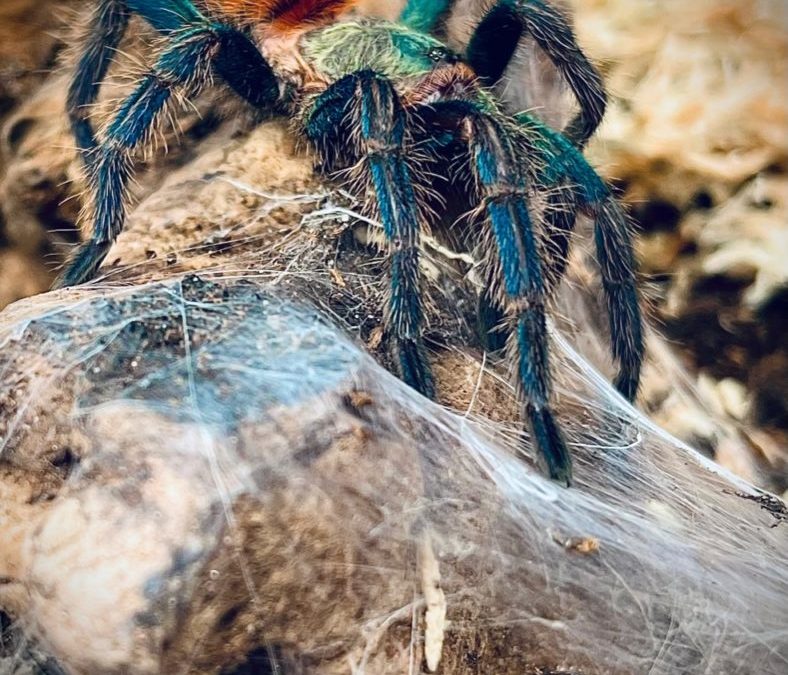 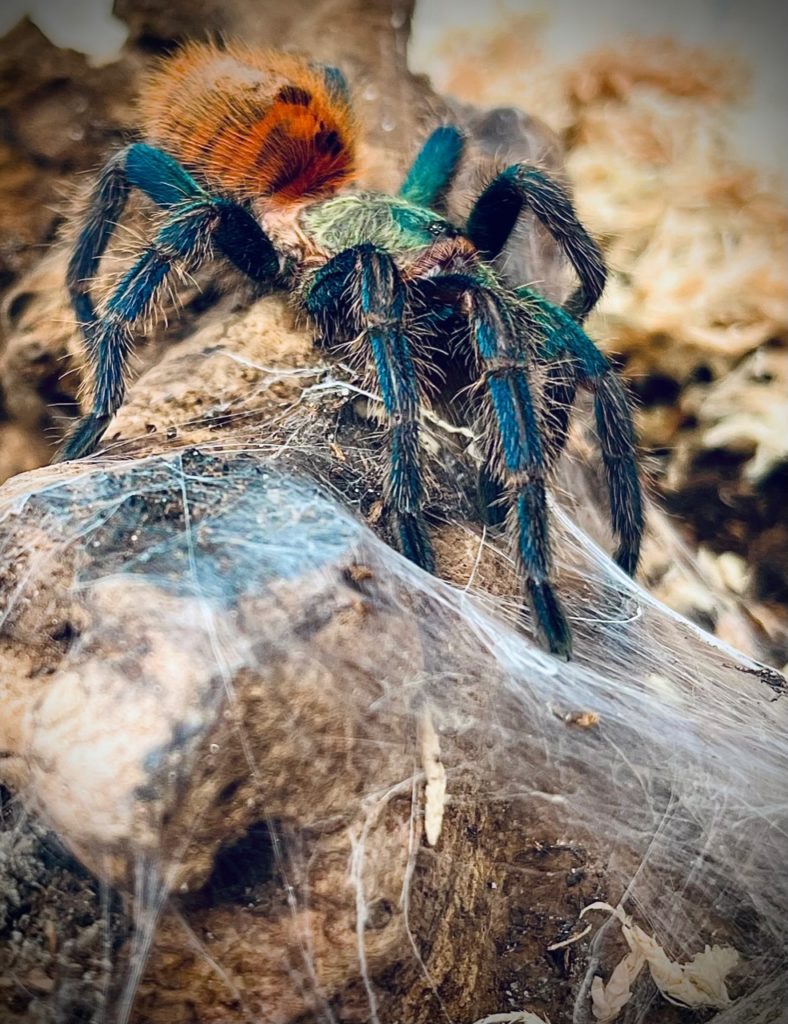 There are a lot of terms in the tarantula hobby, and it might seem a bit overwhelming for a beginner. Here is a list of some common tarantula terms and their meanings to help you understand more of what experienced keepers have to say.

DKS: Dyskinetic Syndrome, a series of symptoms of unknown causes, including jerky, involuntary movements, and an inability to eat. This usually ends in the death of the tarantula, as there is nothing you can do to save it.

NW-New World: Native to the Americas

OW-Old World: Native to anywhere else

Death Curl: A position in which all 8 of a tarantula’s legs are curled tightly under its body. The abdomen may appear shriveled. A tarantula will assume this position if it is dehydrated, or dead or dying.

Hooked Out: Referring to the hooks on a mature male tarantula’s pedipalps used for mating.

Molt: The shedding of an arthropod’s exoskeleton so that a new, larger one can take its place. Molting is the most vulnerable time in a tarantula’s life.

Molt Mat: A layer of silk that tarantulas put down to protect themselves during molting.

Premolt: The period of time when a tarantula stops eating and becomes sluggish in preparation for a molt. A tarantula may be in premolt from a few days to months.

Stress Curl: A position in which a tarantula curls up, hiding its body with its knees. This is a sign that your tarantula is probably stressed.

Stridulation: When a tarantula rubs its fangs together to make a hissing noise in an attempt to scare off a threat.

Threat Pose: When a tarantula raises its front legs and shows its fangs in an effort to scare off a perceived threat.