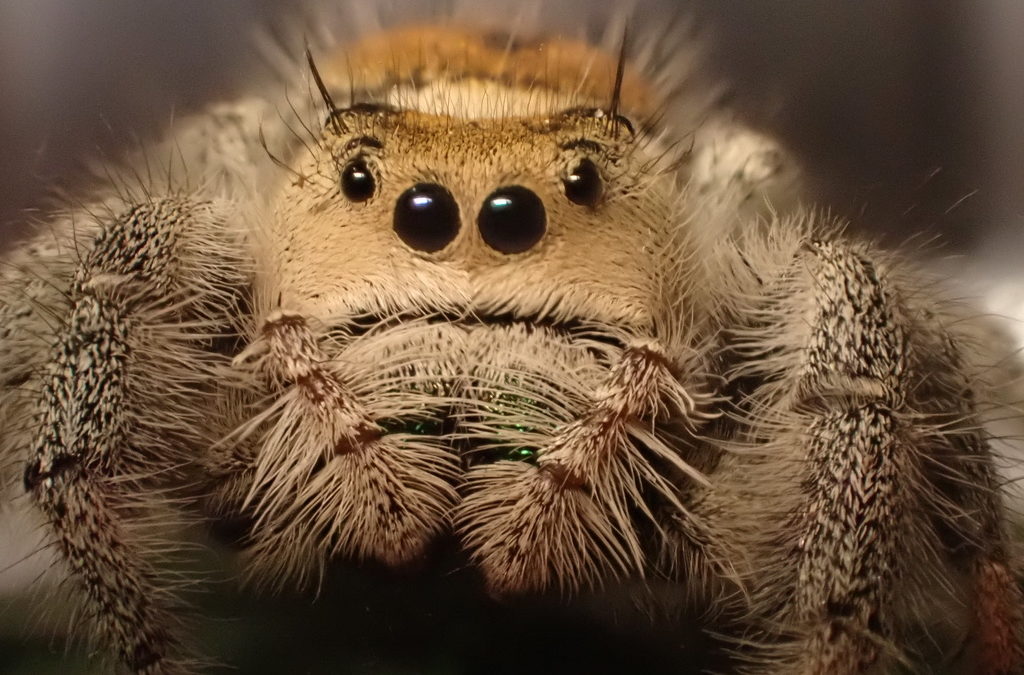 Jumping Spiders are very common in most parts of the world, but their abilities are almost completely unique to their family, Salticidae. Not only are they the only spiders that use sight to aim and leap onto prey or from place to place, but some species can jump up to 50 times their own body length. That would be like a 5 foot 6 inch tall human jumping over a Boeing 747 jet airliner without a running start! There are about 5,000 species of Jumping Spider throughout the world, ranging in size from a few millimeters to over an inch, and can be any color imaginable. Jumping spiders are Araneomorphs, meaning that their fangs face each other, and bite in a pincer movement, as opposed to Mygalomorphssuch as tarantulas, whose fangs run parallel to each other and strike downwards. Jumping Spiders also have a very elaborate mating dance. When a male Jumper spots a female, he will attempt to get her attention, and then start moving side to side with his front pair of legs waving in the air while slowly moving forward. He will continue this until the female runs away, chases him away, attacks and eats him, or he gets close enough to mate. Because Jumping Spiders can see so well, the males are often very colorful to help improve their chances. Jumping spiders are like walking radar stations. They are covered so thickly in sensory hairs that they appear furry and almost puppy-like. They also have 8 strategically placed eyes that give them 360 degree vision that makes it near impossible to sneak up on them. Their front eyes are very large, giving them amazing eyesight and allowing them to see almost as well as humans! They can also see in three color patterns, meaning they see colors just like most people do. The combination of a furry look and big round eyes also makes them adorable looking to many people! 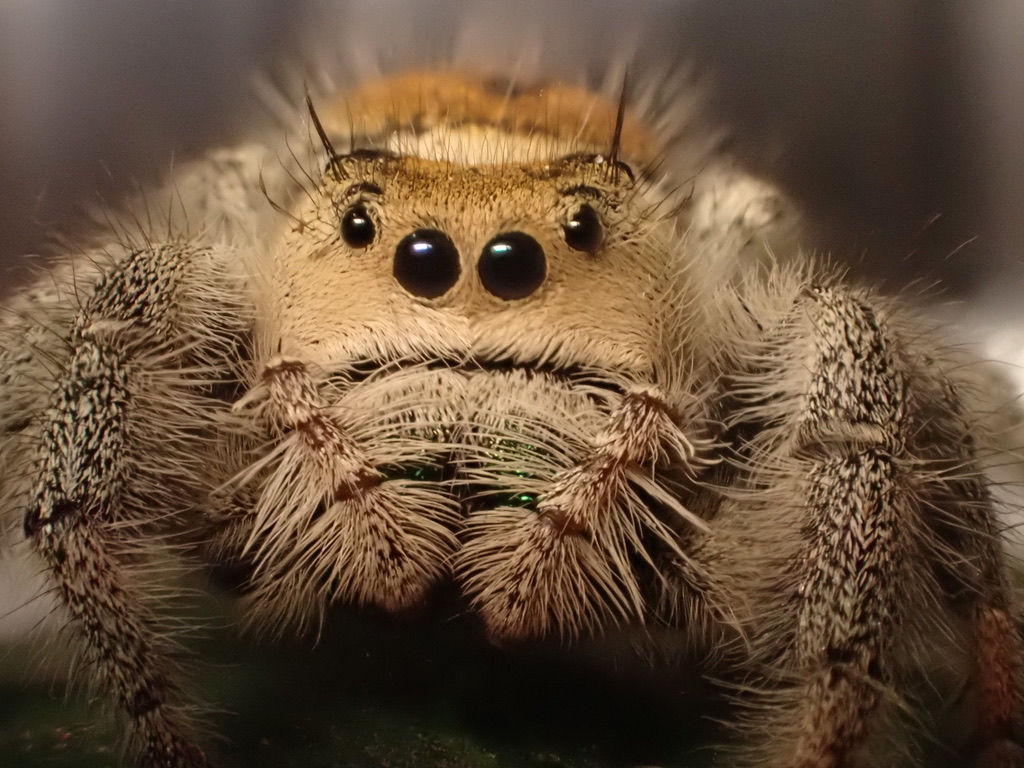 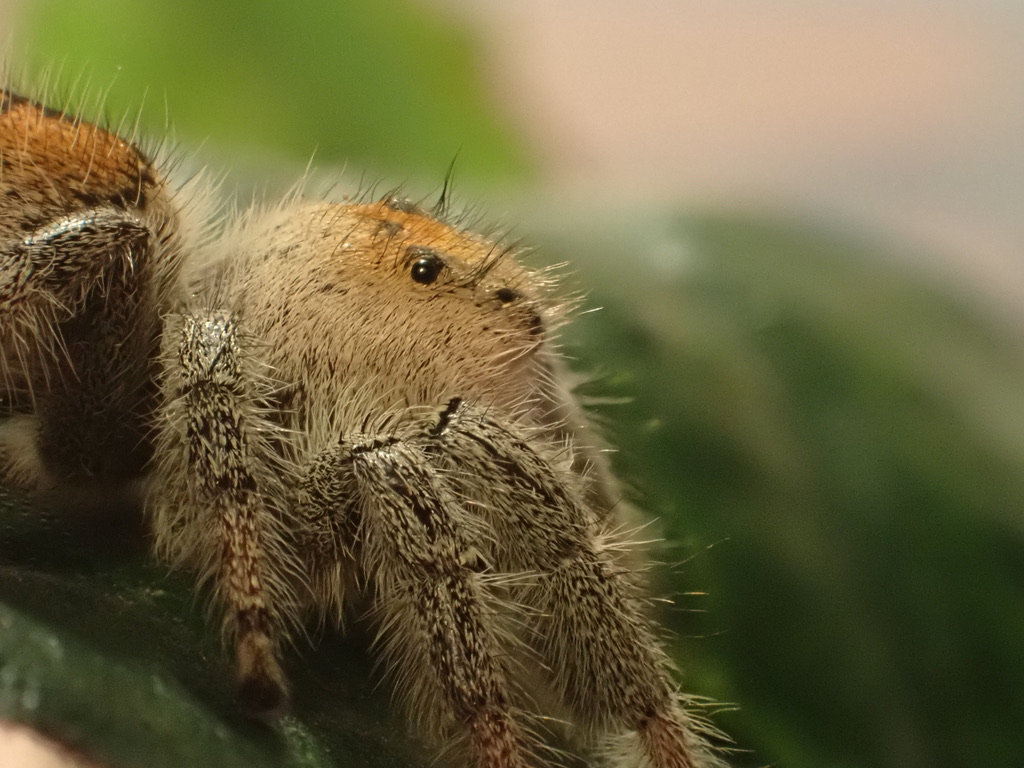 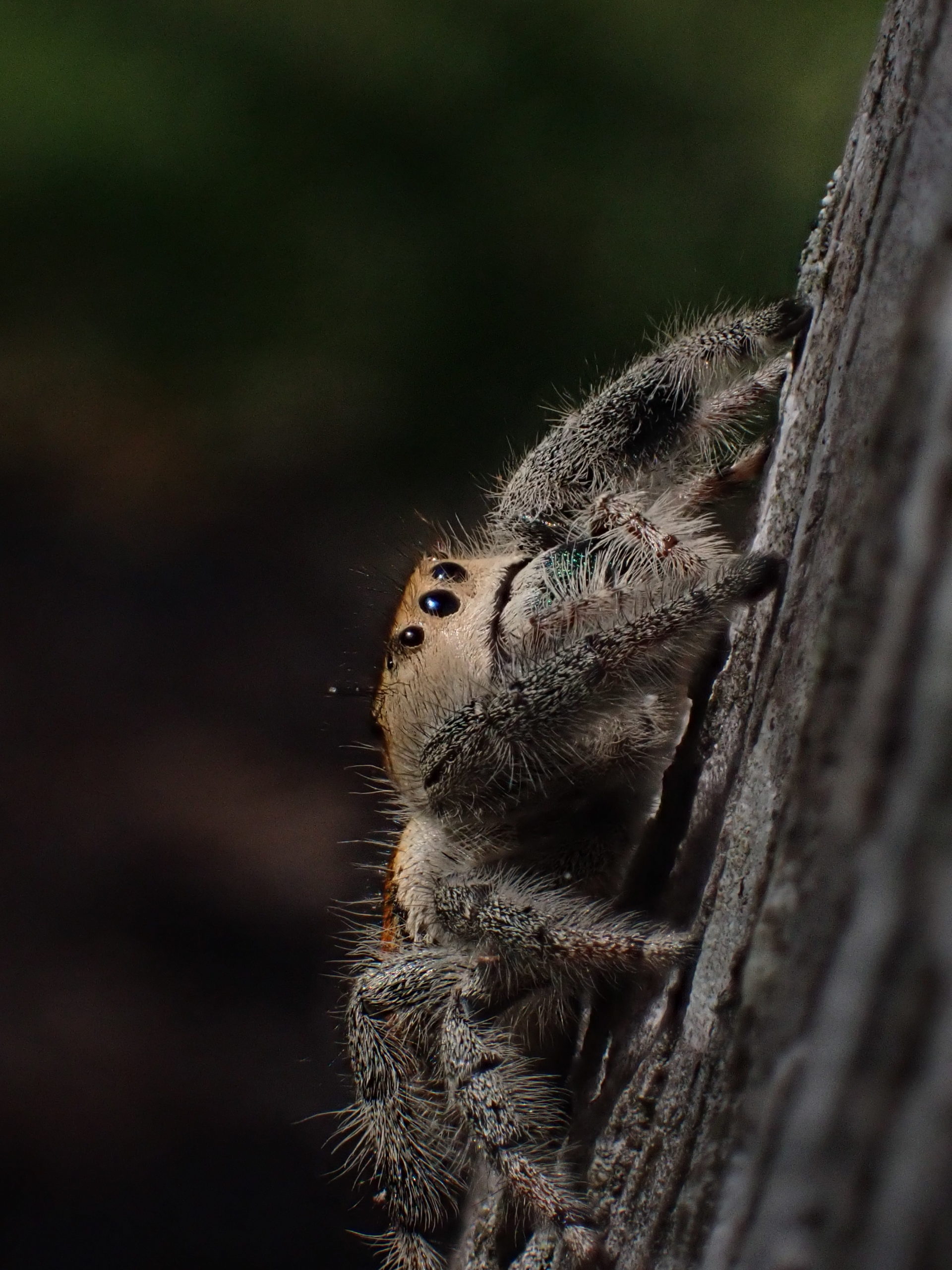